Start young, and in the home: how to make gender-equal violence-free families the new norm 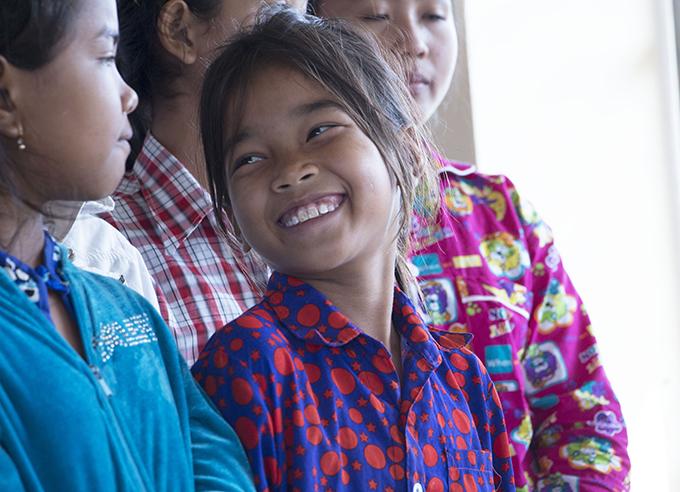 During the crucial stage of adolescent development, when young people undergo dramatic physical and emotional changes, they often struggle to make sense of the world around them and take in everything they see and hear in the search for answers.

But how do we ensure that what they perceive as “normal” is not actually harmful to both their short-term wellbeing and long-term development, especially when it comes to gender roles and violence within families?

In Cambodia, ideas of masculinity stemming from pervasive gender inequalities have led to the shockingly-common acceptance of violence against women and girls. According to the 2014 Cambodian Demographic and Health Survey, half of all Cambodian women and a quarter of all Cambodian men believe that a husband has the right to beat his wife.

Consequently, training young people to both identify and reject harmful ideas of gender relations and family relationships will not only aid their healthy adolescent development, but help prevent violence within families.

Under the “Partners for Prevention” programme in cooperation with the Ministry of Women’s Affairs, UNFPA engages young adolescents in Kampong Cham province through community facilitators to learn about gender equality and how to create a happy home through non-violent communication skills, conflict-resolution techniques and safe stress management.

“This is not a school”

“This is not a school, and I am not your teacher,” said Bunthim, a community session facilitator in Sam Rong, one of the five communes where the initiative is implemented.

First held in September 2016, the community session is organized twice a month by Bunthim and other facilitators at a community house.

“This is where we share, discuss and learn together,” Bunthim told the 23 teenagers who joined his session, as he encouraged them to actively participate. Reassured, the young participants broke into smiles.

After joining UNFPA’s community facilitation training in May 2016, Bunthim is now a spirited volunteer who devotes his weekends to enthusiastically teaching adolescents about happy and healthy relationships.

As a father of two, Bunthim can relate to his young participants. “Kids in this commune, they know me very well,” says the 31-year-old volunteer who goes from door-to-door to inform local families about the session.

Bunthim tries to make his session as fun and engaging as possible. By using drawing sessions, games and other entertaining activities as indirect teaching methods, he maintains his young participants’ attention while helping them reflect on how to create a happy environment and safely resolve conflicts within the family.

Communication as a recipe to a happy home

Thirteen-year old Tharin, a regular attendee, has joined the community session 9 times. She says the initiative has particularly helped her to communicate better in the family.

“Unlike in the past when I always kept things to myself, now I feel more comfortable talking with my parents and siblings. I talk to my mother when I want to do something; when I want to say “no” to something, I tell her my reasons. I told her I don’t like violence”.

Tharin’s mother, Sara says her daughter has built stronger relations with her family through joining the community sessions.

“She no longer isolates herself. She talks more to me now,” says Sara.

“Every time she comes back from the training, she always has something new to share with me.”

Gender equality as the new normal

Twelve-year old Pisey, found out about the community sessions through friends who had already joined. Although the sessions are held on weekends, her father is very supportive of her attendance.

“My dad said if we don’t want to be taken advantage of, we have to be knowledgeable. That’s why I am here to learn things so that no one can take advantage of me,” she says.

Having joined the session twice, she has already learned what it means to be a boy or girl.

“Boys and girls should do the same amount of work.”.

“It should not be that girls do the housework alone, while boys have more time to play outside; that makes girls envy boys,” the 12-year-old says while giggling.

These community sessions are supported by UNFPA and have been running since September 2016 in five communes in Kampong Cham province: Sam Rong, Thmor Poun, Beoung Nay, Sro Nge and So Sen. In each commune, the community session is organized for caregivers and adolescents. All community facilitators received intensive training on how to effectively facilitate workshops in May 2016.

This article is originally from UNFPA Cambodia, and will soon be featured on their website.