Promoting Volunteerism to Prevent Violence against Women and Girls in Cambodia 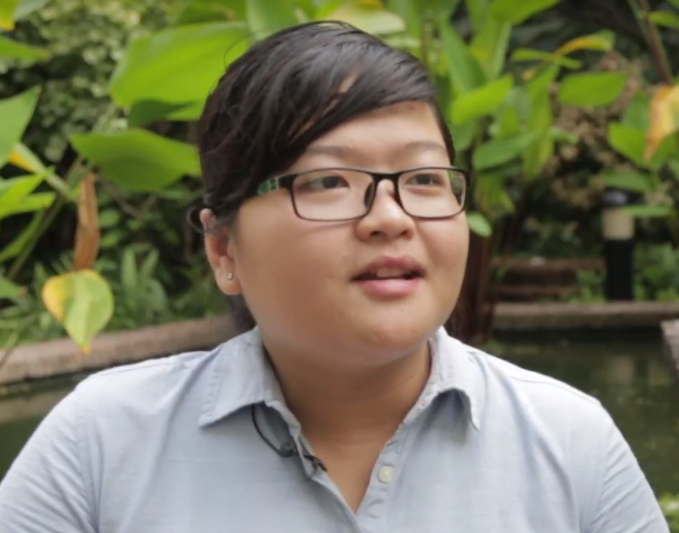 Sathaboramana (Mana) Kheang, a national UN Volunteer with the Partners for Prevention (P4P) programme in Cambodia, talks about her experience volunteering and engaging in community based programmes to prevent violence against women and girls in her country.

According to the UN Multi Country-Study On Men And Violence[1], more than one in three Cambodian men (36%) reported perpetrating physical and/or sexual violence against a female intimate partner during their lifetime.  Moreover, about 50% of men who committed rape did so as teenagers. According to the Cambodia Demographic and Health Survey 2014[2], Kampong Cham province has the second highest prevalence rate of domestic violence in Cambodia.

In order to build a new generation of young adults who live in healthy relationships without violence, the Ministry of Women's Affairs, the United Nations Population Fund, the United Nations Volunteers (UNV) programme and P4P Joint Programme implemented Building Our Future: Developing Healthy and Happy Relationships[3], a programme to prevent violence against women and girls in Kampong Cham province.

Serving as the Coordination Officer for the 12 month programme that covered five communes in the province, Mana’s job included training locally recruited facilitators from these communities and helped to promote and encourage volunteerism from within. She also ensured the programme’s timely and effective implementation.

This is Mana’s second time working as a UN Volunteer. She previously volunteered with the Office of the United Nations High Commissioner for Human Rights, working to promote gender-inclusive development and human rights. “I came back to volunteerism because I see the importance in volunteerism itself… Through volunteerism, people can contribute to sustainable development because a volunteer's work is driven by a strong commitment to make change, not money.”

Mana believes volunteerism is one of the key elements to sustain the impact of violence against women and girls (VAWG) prevention in Cambodia.  In this programme the facilitators who lead the sessions with adolescents and caregivers were volunteers.  Additionally, programme participants and commune leaders conducted volunteerism activities together, raised awareness and advocated for gender equality and prevention of violence against women and girls to empower other community members to take action.

From her experience working with community members, Mana notes that many participants and facilitators have undergone positive and fundamental changes in attitudes and perceptions toward gender equality. “They seem to show greater sensitivity towards gender-related topics and have started questioning gender norms, stereotypes and expectations. Many reported to be more receptive to positive changes and open communication with their family and friends.”

Mana further recalls, “A story that I remember most from my assignment, was about  a female facilitator and her family in Kampong Cham. Her husband used to be violent with her and sometimes got very aggressive in front of their daughters. However, having participated in the programme, the family was gradually able to  understand what makes a healthy relationship. Even the daughters were able to better communicate with their father and reported he became a better role model in the family.”

According to Mana, by the end of the intervention, many facilitators and participants were committed to continue sharing what they had gained from the programme to their family and other people in the community and she experienced changes in her own life.

“Though investment in primary prevention takes a great deal of time and effort, I am optimistic that a changed heart and mind can have a long lasting and positive impact on society. In fact, the programme also made me contemplate my own daily interactions with people and how socio-cultural norms shape our way of thinking. It gives me a deeper understanding of violence against women and girls, gender equality, and positive parenting skills which I can apply at home and share with other people around me.”

About Partners for Prevention:

Partners for Prevention (P4P) is a United Nations (UN) joint programme working to prevent violence against women and girls in Asia and the Pacific. Based on its ground-breaking research, the UN Multi-Country Study on Men and Violence in Asia and the Pacific (2013), P4P promotes and supports violence prevention initiatives and policies. Combining the strengths of four UN agencies – UN Development Programme, UN Population Fund, UN Women and UN Volunteers – with governments, civil society, and support from the Australian government, P4P programmes transform social norms and practices to prevent violence before it occurs. P4P’s work supports the UN’s Sustainable Development Goal to achieve gender equality and empowerment of all women and girls by 2030.